Theric will moderate and the panel includes four writers and two illustrators:

Eric James Stone Hugo- and Nebula-award winning author of “That Leviathan, Whom Thou Hast Made” (and other terrific fictions), and fiction editor at Orson Scott Card’s Intergalactic Medicine Show.

Jake Parker Creator of Missile Mouse, Kickstarter savant, illustrator of Michael Chabon’s superhero children’s book, the brain behind Inktober, and so many many other brilliant things.

Bryton Sampson Fiction writer and part of the podcast Fight for Comics.

Steven L. Peck Author of the critically acclaimed novels A Short Stay in Hell (being turned into a film by David Spaltro) and The Scholar of Moab. An evolutionary biologist based at BYU.

Matt Page Popular book designer, advertiser, comicser, memer, joker, etc. Quite the local reputation. You may know him as Matsby or one of his other noms de web.

The editor of Peculiar Pages’ forthcoming edition of <i>Dorian</i> and two other scholars of Nephi Anderson (at least one of whom will make appearances in our volume) are presenting at the premier conference for the study of all things Scandinavian, being held the first weekend of May in San Francisco. Behold:

In 1898, Norwegian-American Nephi Anderson was one of the first Mormons to publish a novel in book form. Over the next twenty years, he published nine novels and several short stories, a number of which he set in his native Norway. At his untimely death in 1923, he was recognized throughout Utah as the premier Mormon man of letters. By the 1970s, however, all but one of his books were out of print and his reputation suffered as a rising generation of Mormon literary critics dismissed the apparent sentimentality and didactic quality of his work.

This panel represents a growing number of scholarly reappraisals of Anderson. Rather than focusing on the aesthetic merits of his work, as previous scholars have, we intend to focus on his Scandinavian-American roots and how they informed his contributions to early Mormon fiction. Sarah Reed argues against existing scholarship to show that Anderson’s works belong to Norwegian-American literature as they explore the intersection of the Norwegian immigrant and American Mormonism. Scott Hales examines Anderson’s construction of Mormon masculinity in light of the Mormonism’s 1890 abandonment of polygamy and contemporaneous Nordicist racial discourse. Eric Jepson, a publisher of Mormon fiction who is preparing a new edition of Anderson’s Dorian (1921), describes how Anderson’s place as a Norwegian-American writer was lost as Mormons and Norwegian immigrants became more assimilated into American society in the twentieth century, and outlines efforts to bring his works to today’s scholars and readers.

With this panel, we hope that our revisionist approach to Anderson will help reinstate him as a Norwegian-American writer and give his long-overlooked contribution to Mormon and Scandinavian-American fiction the recognition it has so far evaded.

“Nephi Anderson and Norwegian-American Literature: Toward a Transnational Mormon Identity”

Several of Mormon immigrant Nephi Anderson’s stories and novels have significant Norwegian or other Scandinavian elements. Despite these characters and settings, scholars of Norwegian- and Scandinavian-American literature have neglected this prolific and regionally popular author.  In the only relevant study, Ole Podhorny argues that Nephi does not count as an immigrant author because he is not “concerned with questions of Norwegian cultural heritage” and his “religious roots were deeper than his cultural roots” (78). In this presentation, I will offer a critical reevaluation of Anderson’s works to show their place in Scandinavian-American or “immigrant” literature. I claim Nephi Anderson does count as an “immigrant” author and is concerned with preserving Norwegian cultural heritage as it intersects with his understanding of Mormonism—his “roots” intertwine rather than compete. Anderson uses Mormon cosmology to inscribe Norway into its sacred narrative and America and Norway do not compete in his stories, but contribute to the long history of building God’s kingdom on earth. As such, Anderson offers Mormonism as a transformative and transnational identity that he employs to legitimize Norwegian (and Scandinavian more broadly) participation in this American religion while simultaneously subverting its Anglo-American custodianship.

Throughout the nineteenth century, Mormon self-representation rarely succeeded in overturning the enormously influential negative representations of Mormons in novels like Alfreda Eva Bell’s Boadicea; The Mormon Wife (1855) and Cornelia Paddock’s The Fate of Madam La Tour (1881), which often cast Mormons as a heathen and degenerate people. In these novels, Mormon men particularly were caricaturized as ignorant, amoral brutes with a thirst for blood and sex. This caricature went almost unchallenged in nineteenth-century fiction, and due to a cultural aversion to fiction, Mormon creative writers seldom responded to it until the early twentieth century, when Mormon masculinity found an unlikely champion in a bookish Norwegian-American named Nephi Anderson.

For my presentation, I will explore how Anderson used the novel to construct a new Mormon masculinity. Specifically, I will look at his novels The Castle Builder (1902), set in Norway, and Dorian (1921), set in Utah, to show how he reconfigured Mormon masculinity following the 1890 Mormon disavowal of polygamy and other practices that set Mormonism apart from mainstream American culture. I will also explore the possibility that Anderson’s concept of masculinity was influenced by Nordicist ideas that were common in the racial discourse of his day.

Mormon assimilation into general American society during the twentieth century resulted in a loss of literary tradition. When a church-owned publisher began offering novels in the late 1970s, many felt something unprecedented was occurring, even though Mormon novels had existed for decades and Nephi Anderson’s Added Upon (1898), the first published Mormon novel, had never been out of print.

Added Upon’s cultural influence is still apparent to those able to recognize it, but few can. This loss of cultural literacy parallels those of other American minorities, such as Anderson’s fellow Norwegian immigrants, who come to America and within a generation or two are no more likely to have Wergeland on their shelves than Anderson.

In my presentation, I will discuss how Anderson’s reputation is undergoing a reevaluation. I am currently compiling an edition of Dorian that will include essays on the novel and its place in Mormon history, what it has to say about Mormon assimilation, Anderson’s place as a Norwegian-American and Mormon-American author; Anderson’s own essays on literary philosophy; comparisons between the manuscript and typescript; and notes on the text itself. This and other current efforts are heralds of Anderson’s to relevance and are paving the way for later scholarship on this largely forgotten Norwegian-American novelist.

Read it today! It’s another good one!

Dallas Robbins reviewed The Fob Bible in the fall issue of Dialogue last year. Which issue of Dialogue has been hanging around the office waiting for someone not only to appreciate the article, but to actually review the review here. As you can see, we have been a little slow on that point. What with it being fall of this year, now.

Anyway, the review bears certain similarities to another review he wrote for AML though much more in depth and including additional quotations from additional pieces.

The article is “Re-Creating the Bible” (206-211) and, after reminding the reader of the Bible’s central position in Western Literature, begins by admiring The Fob Bible‘s opening pages, including the family tree and title page and the book’s general design. (When a reviewer can even admire the title page, surely we have done something right.)

The book, Robbins claims, has “too many stories to cover in this review, and each one could be discussed in depth” (209). Naturally, that was impossible in the space allotted, but he did find room to compare “How to Get Over It” to The New Yorker‘s “Shouts & Murmers,” thus near-fulfilling a teenage dream for its author. He then moves on to discuss other humorous pieces (“Ezra’s Inbox” by Eric W Jepson and “The Love Song of Eliphaz, Bildad, and Zophar” by Danny Nelson”), before moving into an extended quotation from “Blood-Red Fruit,” co-written by those two.

Which “story is just one of the many beautiful parts of this collection” which “present challenging experiments that remind the reader of what makes the Bible unique. While much religious fiction based on biblical stories tries to water down the inherent strangeness of the Old Testament for the sake of a commercial audience, The Fob Bible foregrounds the strangeness. By juxtaposing the strangeness with various literary forms and contemporary approaches, it creates  type of meta-scripture, in which literary truth is exalted over doctrinal correctness” (210-1).

Needless to say, we are honored to have The Fob Bible lauded as having literary merit in any way comparable to that of the single most important literary work in Western history (however! although we agree with his hope that reading our book will send readers back the the Bible Bible, we hope that it will also lead to many copies being purchased for friends and family this coming Christmas).

While Fire in the Pasture and Monsters & Mormons are both about to be released, don’t miss this reminder to remember The Fob Bible, the book without which there would be no Peculiar Pages.

And — also worth remembering! — Plain and Precious Parts of the Fob Bible is still available for free download.

Read Plain and Precious Parts of the Fob Bible online or download an e-book file below.

Long has it been since I reminded the world they can read selected portions of The Fob Bible free either here or as an e-book file (EPUB, HTML, IMP, LIT, LRF, PDF, PRC).

Amazon will also sell you  a copy for your Kindle if you have 99¢. 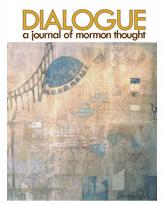 In the new issue of Dialogue, Dallas Robbins has reviewed The Fob Bible in an article titled “Re-Creating the Bible”; we have ordered a copy and will report as soon as we read the article. Robbins previously wrote a shorter review of TFB for AMV (link) of which we are quite fond.

In this same issue of Dialogue, Fob Bible poet Ryan McIlvain has a piece titled “The Canyon That is Not a Canyon” which we suspect is an essay or possibly a short story. Guess we’ll find out when it arrives in the mail.

In the meantime, why wait for us to tell you what to think? Pick up a copy today!

The Association of Mormon Letters announced the winners of the Irreantum Fiction Contest and the Charlotte and Eugene England Personal Essay Contest. Among the honorees are James Goldberg whose work appears in Out of the Mount and Eric W Jepson, coeditor of The Fob Bible and Monsters & Mormons. Goldberg won third place in the fiction contest and second in the essay; Jepson received an honorable mention for fiction. Congratulations, gentlemen!

Just a reminder, eighteen works from The Fob Bible are available here at Peculiar Pages.

Also, in addition to the hardback and paperback version, we are working to bring forth electronic copies. Because of the beauty of the book, this is somewhat complex, but for starters, we have a pdf. You can find all three versions available for purchase here.

Finally, since we have not listed the available reviews of The Fob Bible for some time, here’s the list to date. Reviews and commendations we have not previously posted are followed by an asterisk:

A Motley Vision (part one)

Finally, two additional excerpts from The Fob Bible have appeared online which are not part of Plain and Precious Parts: “The Changing of the God” by B.G. Christensen and “Sustain-Abel” by Danny Nelson.

Purchased directly though us at B10 you’re only out $15.99. So this is the budget-conscious option for paperlovers. (Ebook options coming soon, and don’t forget the free Plain and Precious downloads to your right.)