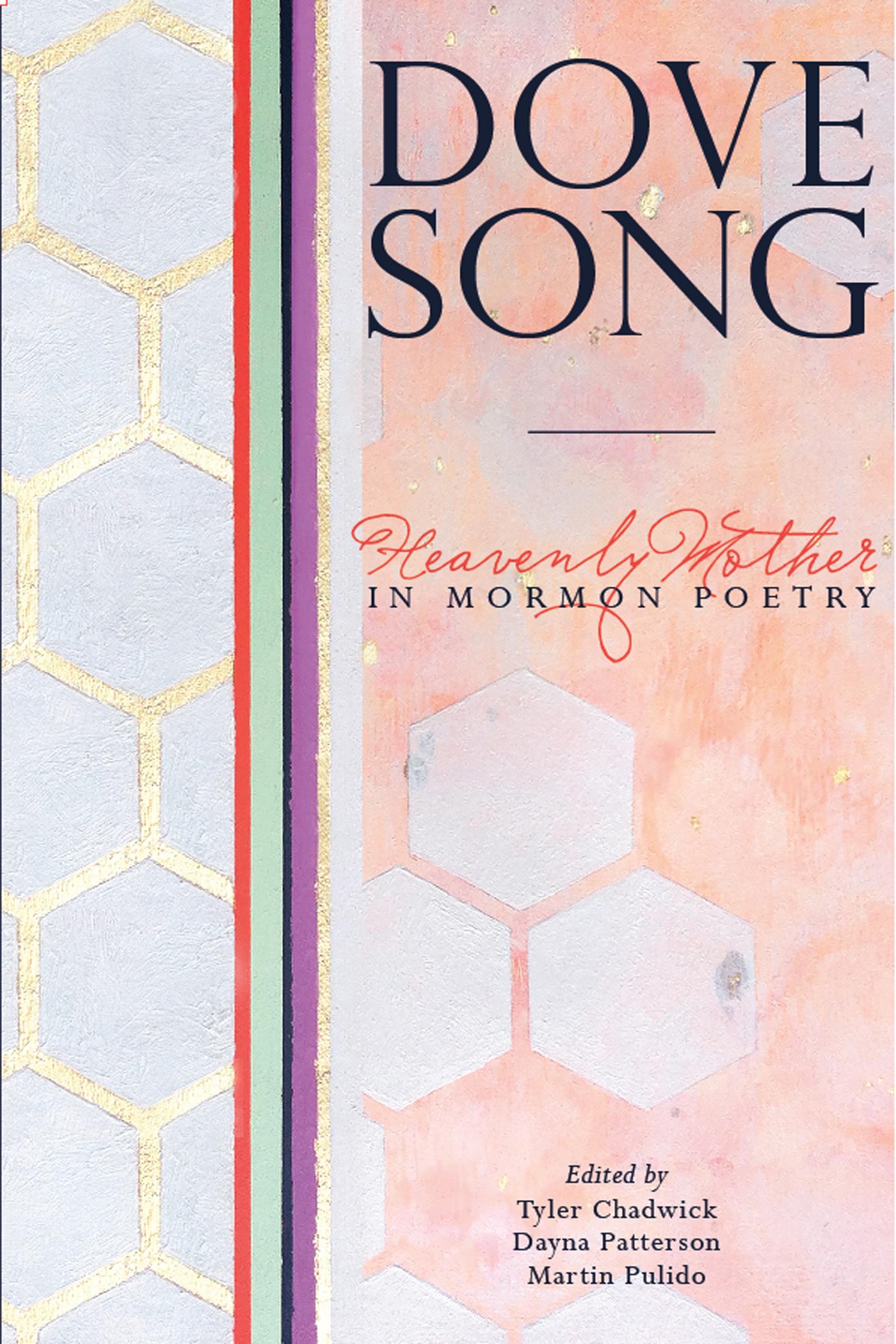 “She used to be a rumor. She used to be the one not to be named. We listened so hard at the edges of the conversation to hear anything—any detail, any dropped syllable. But thanks to the work of the visionary writers and editors who crafted Dove Song the Mormon concept of a Heavenly Mother now has so much presence! So many words! May we never lose her again.” —Joanna Brooks

Dove Song is an anthology of poetry and art centered on the Mormon concept of Heavenly Mother. It includes 138 poems from 80 poets and artists from the early church, to the late 20th Century to today.

“Dove Song is unique in the canon of Mormon literature. And uniquely important. Not only is it a work of fine art, a carefully arranged series of poems that the poets have used their finest skill and training to create, but it is a work of history, a work of inspiration, and a sacred record of many individuals’ spiritual quest for additional revealed knowledge about Mother in Heaven.” —Susan Elizabeth Howe

“This anthology is a shattering summary of poetic revelation, feminist theology, and Mormon history about our Mother God. Over seventy poets speak across time from 1844-2017, describing their visions and yearnings for the divine feminine, like soul mates through the veil. They begin in 1844 with W.W. Phelps, Eliza R. Snow, and Lula Green Richards in 1899, then disappear from the fin de siè·cle to the 1970s when Carol Lynn Pearson and Linda Sillitoe sing our Mother back. Like holy scribes, these poets persist, wondering and writing in the wilderness, seeking a promised land where God is home.” —Maxine Hanks