Inktober was invented by a brilliant illustrator who has generously helped illustrate Monsters & Mormons: Jake Parker. Jake has published his own Missile Mouse comics, illustrated Michael Chabon’s bestselling kids’ book, placed stories in Flight, worked on Blue Sky films such as Horton Hears a Who and, now, Monsters & Mormons.

Quick shoutout here to our other illustrators fantastique (in both senses): Matt Page, Graham Bradley, Blair Sterrett, and Brandon Dayton, another Inktober acolyte, all of whom have produced work you’ll want to rip out and hang on your wall.

So Jake is just one of the illustrators who will be featured in M&M‘s pages, but he’s the one who invented Inktober. So let’s get back to that, shall we?

It’s finally Inktober!  What is Inktober you ask?  It’s a month long appreciation of the art of drawing in ink and the practitioners that embrace that art. To celebrate I’m posting one ink drawing a day for the entire month.  No pencils, no water colors, no photoshop, just the unadulterated black and white beauty of thick black ink on crisp white paper.  Drawing with ink means commitment.  There’s no hemming and hawing as to which pencil line you’re going to use, no sitting on the fence of values, no pussy footing with color.  When you make your mark you better mean it.  It’s black and white.  True or false.  On or off.  And that’s what Inktober is all about.

Unfortunately, in-house, all we have is Theric. But we set him to it, he and his black Bic (and, we should admit, red Uni-ball), a pretty new Moleskine, and lots of time on BART. (See if you can find where the train jolted! Where commuters jostled his elbow! See if you can figure out what things he just can’t draw!)

Theric’s drawn an image for each story, comic and poem in the book (in his beloved Bic “black,” natch, he being Theric). We’ll post one each day. So look forward to that.

The problem of course, is that Monsters & Mormons has 30 pieces and Inktober has 31 days. And so? And so we’ll start today with a detail from one of Jake’s illos for the book. We’ve picked something a little less monstrous to ease you into things. 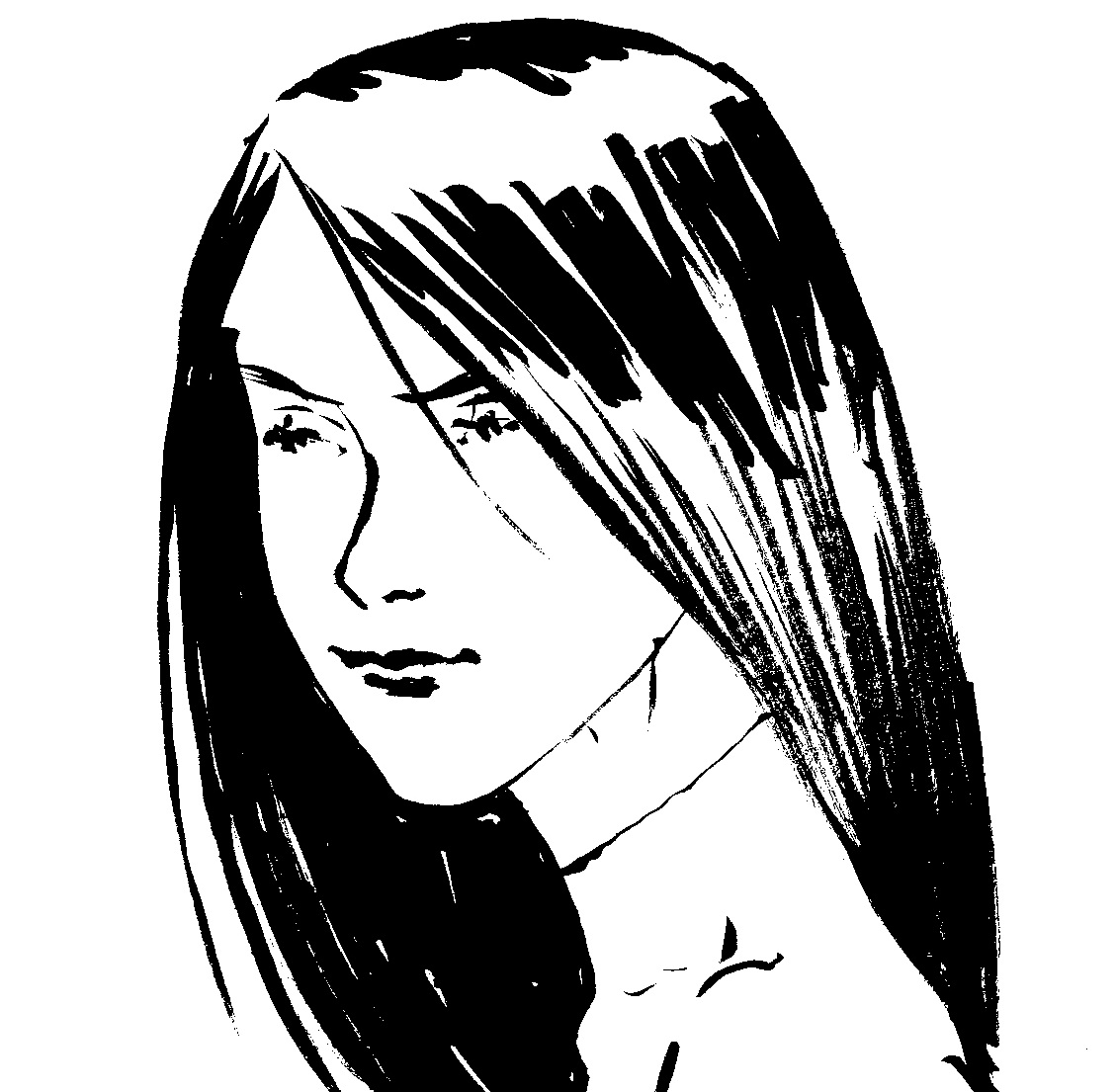 33 thoughts on “A Monsters & Mormons Inktober”